Our San Clemente Jiu-Jitsu academy earned 3 medals only today at the Jiu-Jitsu Pan American Championship, in Irvine. Their performance was amazing! BJJ blue belt Andre Lucic fought 3 matches and won all of them, bringing home the gold; Jason Hughes also stepped on the tallest spot of the podium, after winning against 4 opponents; Pat made an amazing journey until the final, bringing home the Silver jiu jitsu medal.

If you are planning to go and cheer for our professors, don’t forget to wear the San Clemente Jiu-Jitsu outfit! Let’s show our proud in being part of our team and represent it!

Brazilian Jiu-Jitsu San Clemente Has No Classes This Weekend

Our Brazilian Jiu-Jitsu San Clemente Academy will be closed this Friday and Saturday, March 25th and 26th. Our BJJ team will be representing San Clemente at the 2011 Brazilian Jiu-Jitsu Pan American Championship. Both of our jiu-jitsu instructors, Sensei Andre and Paulo, as well as my students will be competing and performning at their best at the 2nd biggest tournament in the World, to be held in Irvine.

Friday, Blue belts Andre Pretzel, Greg Tyson, Jason Hughes and purple belt Rayom Ribeiro will be on the mat working to bring a gold medal home. On Saturday is the turn of  Luiz Gonzalez (starts to fight at 9 am),Pedro Soriano, and Andre Lucic (at 10 am) and Paulo (at 11am). Besides their division, most of our brazilian jiu-jitsu san clemente students  will also fight on the open division. So, let’s all cheer for our BJJ family. If you want to be there, don’t forget to wear our Brazilian Jiu-Jitsu San Clemente T-shirt and hats.

Besides all the hard training, our top staff did a last training Wednesday night at our San Clemente facility after the surprisedly visit of Brazilian Jiu-Jitsu Black belts Leo Dalla and his students from Washington DC; and Baby, BJJ instructor at Emirates Arab United. Long time friends, all the 4 instructors caught up with the news.

San Clemente Jiu-Jitsu Against Violence: 3 Free Workshops to be Announced

San Clemente embraces our Jiu-Jitsu Academy for many different reasons: for the life skills that we teach our kids, for the extra pounds lost when taking our BJJ classes, for the confidence instilled in everyone with less than 8 weeks of training… but certainly, more and more, our quiet and peaceful San Clemente is thanking us for another reason: our San Clemente Jiu-Jitsu Academy teaches our residents how to protect themselves efficiently.

Last week, one more case of abuse against a child hit news: more than 15 years ago a San Clemente church volunteer abused from a underage girl (under 14 at the time) for 3 years, from 1993 to 1995. ‘It’s sad but it’s a reality that predators walk freely through our San Clemente. We cannot allow that. This girl (now 30 years old) found the courage just now to come to the police and report it. It’s been 15 years that the violence took place… it marked this girl’s life forever. Can you image if in that period someone else was a victim?’ says San Clemente Jiu-Jitsu Head Instructor Paulo.

“Jiu-Jitsu is the most effective martial arts for self-defense. Why is that? Because Jiu-Jitsu does not rely on strength, it’s pure leverage”, explains Sensei Paulo at his Women Self-defense seminar. Paulo’s San Clemente Jiu-Jitsu Academy offers a FREE community service by teaching our Orange County residents (women, adults and child) against rape, abduction and other forms of violence (emotional and verbal).

Before summer of 2011, Jiu-Jitsu Master Paulo in partnership with local police officer will offer 3 free workshops at his San Clemente facility. So keep tune!

For more information at the case click on the link below:

Last week, our San Clemente BJJ Academy received a great staff from Mission Hospital. They did a biometric screening of our brazilian jiu-jitsu students and an amazing presentation about Sugar and its consequences to your health. Our BJJ students and staff is very thankful for this partnership. Together, we can fight obesity.

Take a look at the pictures at our BJJ San Clemente event. More to come!

After winning 5 top competitors at the 2010 Pan Ams, Sensei Paulo showed all his students that competition is the best way for you to become not only a better competitor but also a better person. “It’s very inspiring to see that your instructor, after more than 24 years of dedication to BJJ, still pushing himself, never stopping learning… Sensei Paulo is an amazing teacher, and for me he is an amazing role model… he teaches by example, and that’s the best way to teach”, says one of his jiu-jitsu blue belts student.

Again in 2011, our San Clemente Brazilian Jiu-Jitsu teacher will go for the gold one more time, ‘for me the first place means better performance. At least on that day and time’, says our master while getting ready for one of his hard BJJ training. Sensei Paulo trains under guidance of 6 times Brazilian Jiu Jitsu World Champion Saulo Ribeiro, from UNIJJ in San Diego.

‘To have a team such as our San Clemente BJJ is the same as to have a family.  We have such a respect and caring for each other that when I step on a competition, all I can think about is all the people that helped my out. My victory is my team’s victory’, complements Sensei Paulo when explaining for what he fights for.

If you want to be part of our AMAZING BJJ family, all you have to do is to call us now at 949 366-2107 and we’ll schedule your FREE Brazilian Jiu-Jitsu private class with our Sensei Paulo himself at our San Clemente facility. After your free BJJ introductory program, you’ll notice why our philosophy is ‘together we go faster and further’.

BJJ San Clemente: The Best Form of Self-Defense for Women

BJJ San Clemente is simply The Best Form Of Self-Defense For Women. Brazilian Jiu-Jitsu is for more than just becoming a UFC champion and achieving an elite level of fitness. BJJ has also proven to be one of the most effect forms of self-defense in the world.

While Brazilian Jiu-Jitsu has been the top martial arts choice of many male MMA superstars and a favorite choice among parents for their kids it is also the arguably the best form of self-defense for women. Why? Primarily because BJJ does not rely on size and strength to be effective. Brazilian Jiu-Jitsu San Clemente training involves all aspects of a real life attack situation. Other martial arts like Karate and Tae Kwon Do often horribly fail to prepare practitioners for ground fighting. With 90% of attacks and fights ending up on the ground, especially in the case of a male assailant against a female victim. BJJ is almost the only option for women who want to be able to have the ability to defend themselves. Brazilian Jiu-Jitsu San Clemente will teach you how to take your opponent to the ground and quickly gain the upper hand with minimum effort. It certainly does require a lot of strength to learn how to deftly deliver a choke hold or joint lock, but it does take know how and practice. Another reason why many women are choosing BJJ over other martial arts is that the focus on grappling and ground fighting means no broken noses, ribs or black eyes after training.

If you don’t follow the UFC or professional mixed martial arts and haven’t witnessed how effective it is, just remember where it is from and how it gained such a demand and reputation. Brazilian Jiu-Jitsu, also often called Gracie Jiu-Jitsu was created and honed on the tough streets of Rio de Janeiro. Any martial art that has emerged as the most successful in this city can surely be counted on to effectively defend yourself anywhere in the world. Now you can find BJJ schools across the globe including the highly respected Paulo Guillobel’s academy in San Clemente, Orange County, California.

Advanced Brazilian Jiu-Jitsu goes even further and can be used with incredible accuracy against multiple attackers simultaneously and even assailants armed with bats, knives and guns. So even if you are just looking for a great martial art to do with your family or an amazing system for maximizing weight loss Brazilian Jiu-Jitsu San Clemente is a great option and will arm you with the skills you need for self-defense in any emergency situation. Call now and try out for yourself for FREE: 949 366-2107.

During one of his many (and quite often) explanation what Brazilian Jiu-Jitsu is all about, our BJJ master reminded us that BJJ is ‘an empowering martial arts that absolutely any one can practice, specially the smaller one’. And we all could confirm it last weekend, on March 12th, at the 14th BJJ Copa Pacifica Tournament, when only 8 years of age, Joaquim O’Campo showed what is a GOOD performance. With his little solid body, Joaquim fought like an adult, showing great precision on movements and perfect timing.

Take a look a this video and check for yourself what are the results of our San Clemente Brazilian Jiu-Jitsu Academy.

Our San Clemente Brazilian Jiu-Jitsu Academy in partnership with Mission Hospital are bringing to our students an amazing day of awareness and screening. This event will be hosted at our San Clemente facility on March 16th and 17th during our Kids Jiu-Jitsu empowerment program.

The event is comprised of two basic components:

Our San Clemente Brazilian Jiu-Jitsu offers and promote health to our students and community. Any child is welcome to come.

Our BJJ San Clemente team is in action again: this weekend we’ll NOT have any jiu-jitsu class (Sat, 03/12/11)

Our entire Brazilian Jiu-Jitsu Team, including our kids, teens and adults, will be at the 14th BJJ Copa Pacifica Championship, hosted by BJJ black belt Cleber Luciano, at Westminster and because of that we’ll be closed this Saturday, March 12th.

‘Every single member of our BJJ San Clemente team knows that we are very proud of them. It’s impressive to see how our family have grown so strong physically and mentally… there is such a good bond, energy, vibration in our san clemente team that when they step on the mat, they know that we are there with them. As we say, together we go faster and further all’, says our jiu-jitsu head instructor.

So if you want to cheer for your brazilian jiu jitsu friends, please come watch with us. If you need a ride, let us know by calling Cata at 949 2283870. We’ll be there both days. Ah! And don’t forget to wear your BJJ San Clemente T-Shirt!

San Clemente Jiu-Jitsu is the proud sponsor of the Jog-a-thon at our local San Clemente elementary school. The Las Palmas is a recognized school for its unique approach: they teach and educate our kids in a bilingual environment. Our Jiu-Jitsu School joined forces and did an amazing jiu-jitsu demonstration at Las Palmas, last Thursday, March 3rd, during the Health Week (organized prior of the running event).

San Clemente BJJ head Instructor Sensei Paulo and Andre taught the kids what takes to be a jiu-jitsu black belt. Besides having a lot of fun, all the children learned the Black Belt Attitude, the 3 kids of disciplines, and how to focus (and of course some self-defense techniques). ‘It’s amazing to teach jiu-jitsu to kids’, says Sensei Paulo after being huged by so many kids.

A lot of our jiu-jitsu practitioners are also students of the Las Palmas School. Enzo, Luciana, Eva, Jonas, Hadley, Christian (Garret. we missed you) brought their uniforms and helped us with the demonstration. What a great way to show what our San Clemente Jiu-Jitsu is all about! 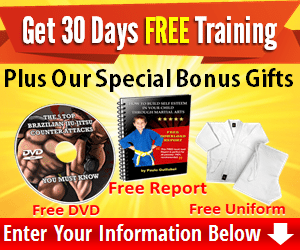 We use cookies to ensure that we give you the best experience on our website. If you continue to use this site we will assume that you are ok with it.AcceptNoPrivacy policy