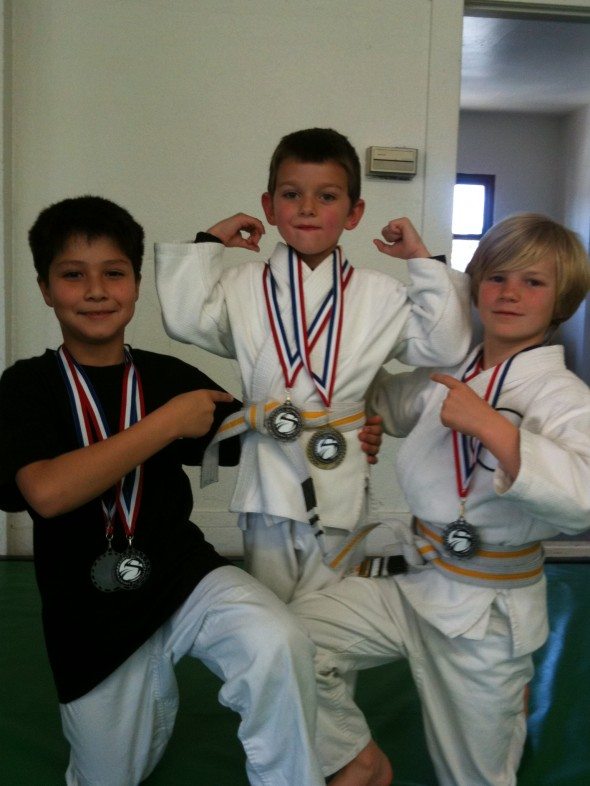 We from Brazilian Jiu-Jitsu San Clemente are ready for one weekend, which means one more tournament, actions and emotions. But before it’s time for the big boys to show their BJJ game to the world, let’s remember last weekend through our Sensei Andre’s eyes:

“The last weekend of February was great for our Brazilian Jiu-Jitsu and Martial Arts San Clemente! Our Orange County Jiu Jitsu Little Champions showed some awesome skills and brought home several medals (and medals means better performance). We would like to say a special Thank You to Black Belt Professor PedroSoriano for hosting this tournament, as well as the Parents, for showing tremendoussupport, as always. Congratulations to all competitors and Medal Chasers; All the hardwork you put in the Academy was displayed at the Competition.

Now it is time to go back to the “drawing board” and keep working hard and smart for the BJJ Upcoming Tournaments, such as the Abu Dhabi Trials, Copa Pacifica and IBJJF Pan American Championship! March is going to be an Action Packed Month! The Mats have been full of Great Training at our Brazilian Jiu-Jitsu San Clemente (including our Black Belts) and it is beautiful to witness daily improvement on the skills and lives of Children, Teenagers and Adults. Some may call it luck… I say: It is the magic of synergy and the harder we work, the luckier we get!