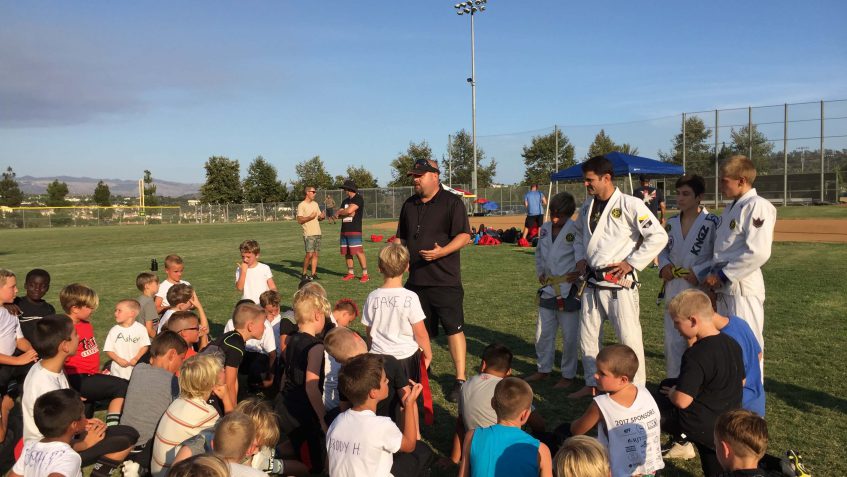 In August, Sensei Guillobel and some of the Guillobel Team members were invited by one of the San Clemente Youth League Football coaches, Chris Culbertson, to share some Brazilian Jiu-Jitsu techniques to help their young football players improve their game.

Our team showed them how to have a strong and stable base on their feet, how to divert blocks and pushes, and how to take advantage of their opponents’ lack of balance.

We believe that Brazilian Jiu-Jitsu fundamentals can be applied in football, giving martial art students a little edge over their other Football teammates. 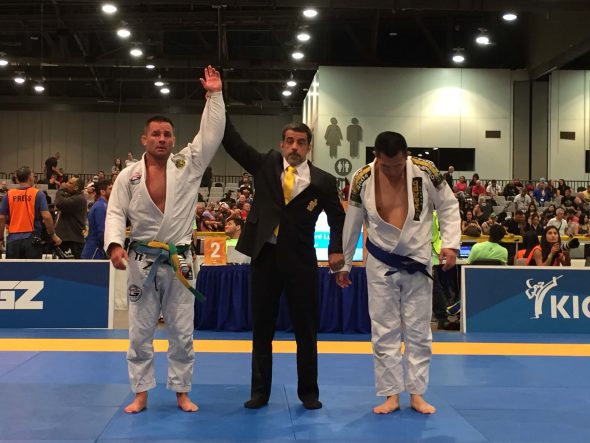 James won the blue belt heavyweight division, which is a very competitive division, and Tony Amiglio took third at purple belt feather. So, we got two podiums out of four.

In September, our martial arts school sponsored the SC Open Skateboard Contest which is an annual event in San Clemente, CA.

Skateboarding is a big part of our community, and the City of San Clemente and the Friends of San Clemente Foundation have been putting a great effort to improve our city’s facilities to accommodate all the residents that are passionate about skateboarding. So, we decided to support them. A big thanks to Stephany Aguilar for organizing the SC Open.

We had a booth at the event where the crowd could try Brazilian Jiu-Jitsu for the first time and even get a little private class with our Sensei Guillobel. At one point during this event, a good number of teenagers and some younger kids started to challenge one another for a grappling match under Sensei Guillobel’s supervision. It was fun to watch. We also had four of our students competing at this event.

Finally, Sensei Bernardo Magalhaes, who represents Ribeiro Jiu-Jitsu in Australia, gave a seminar where he shared some of his favorite Jiu-Jitsu and wrestling techniques, and some of his experience competing in BJJ and MMA. 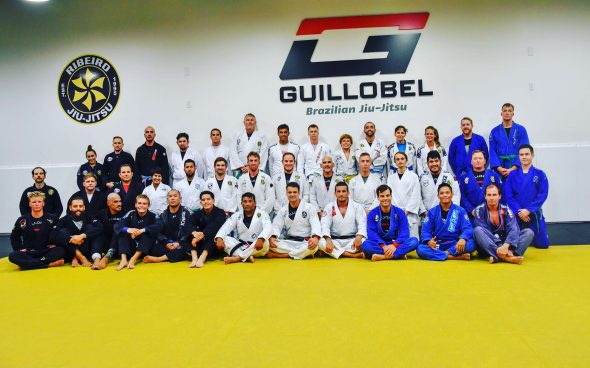 How Competing In Martial Arts Can Help Your Life