On July 15, in San Clemente, Guillobel Brazilian Jiu-Jitsu’s Kids Martial Arts Demonstration Team and our Senseis, Paulo Guillobel and Andre Pontes, were about to show their self-defense techniques at the Ocean Festival event.

The crowd gathered around as soon as they heard the music from action movies playing in the background, dictating the pace of the techniques that were going to be performed by kids as young as 4 years old. 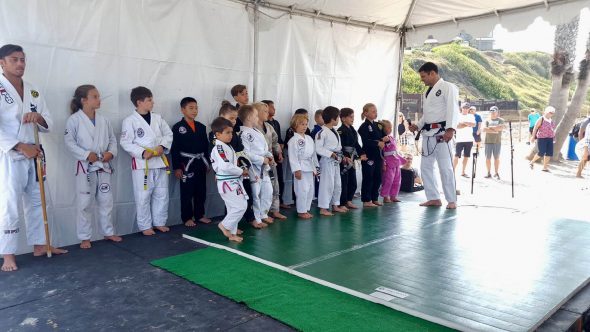 The kids were on a stage right on the sand at the beautiful San Clemente beach, just a few yards away from the ocean and the Pier.

Their parents were there, excited to watch how their kids would perform. They were ready to watch closely and cheer for their kids, which usually make their kids perform with more enthusiasm.

The demonstration started with our martial art students saying our student’s oath out loud. Then, they jumped (Literally) right into the warm up. I said “literally” because they were jumping and rolling over their Sensei’s bamboo sword.

After the warm up, the kids continued showing their martial art techniques, which consisted basically of Brazilian Jiu-Jitsu self-defense moves. They used a variety of takedowns, punch and kick defenses, joint locks and chokes.

The crowd went crazy when they saw 4-5 years olds using their techniques with so much confidence and remembering their routine perfectly.

“It’s very rewarding to see our kids overcoming their fear of being the center of attention of a large number of people, and also working together as a team to put on the best demonstration they can possibly do.” Said one of the parents. 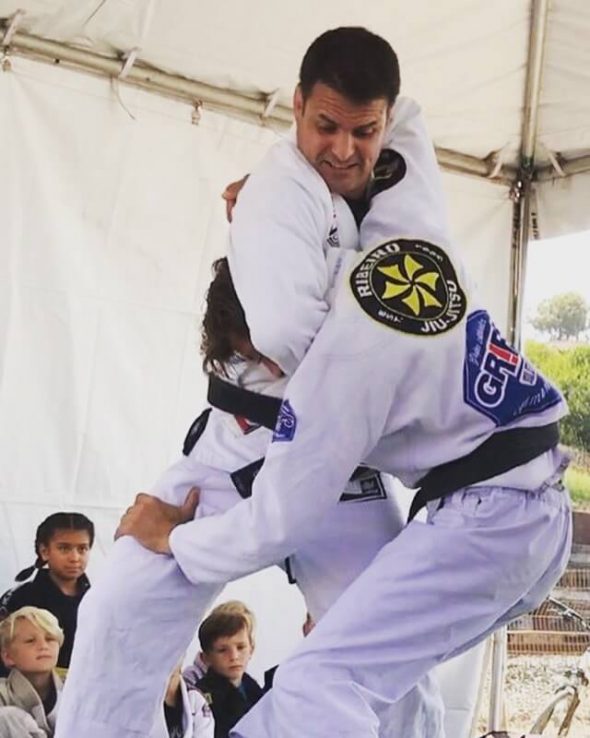 After the kids’ performance, Sensei Paulo Guillobel and Sensei Andre showed some of their more advanced techniques, which made the crowd get even more excited.

If you haven’t seen Guillobel Brazilian Jiu-Jitsu’s demonstration yet, make sure you and your family come next year to watch it. For more information on our Martial Art programs, please call: (949) 366-2107.