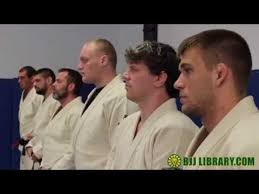 by Paulo in Martial Arts in San Clemente

The BJJ Library Challenge is a one-of-a-kind martial arts show, where six Brazilian Jiu-Jitsu black belts from around the world were chosen to fight against each other for a chance to win a money Prize and fight the six time world champion Xande Ribeiro in a no time limit match.

These BJJ fighters traveled to  San Diego to stay together in a hostel, train (together under the supervision of the Hall of Fame, Sensei Saulo Ribeiro), and compete against each other in this round-robin tournament with a complete unique set of rules.

Sensei Paulo Guillobel, the head instructor of Guillobel Brazilian Jiu jitsu San Clemente, had the honor to be invited by Saulo Ribeiro to be the main referee and help him develop the new rules for this challenge. These new rules were what differentiated this tournament from any other BJJ tournament in the world. They were made to bring back the dynamic and intensity of a real fight, and to reward the athletes that go for the submission holds.

The final result was a combination of great matches and many submission holds. But the BJJ Library Challenge was not only about the Brazilian Jiu Jitsu matches. It was full of other special challenges aimed to bring out the athletes’ mental, physical and technical strengths. It was also about showing a little bit of our martial art’s culture and life style.

To watch the first episode of BJJ Library Challenge, click on the video above.

by Paulo Jan 19 2017
We use cookies to ensure that we give you the best experience on our website. If you continue to use this site we will assume that you are ok with it.AcceptNoPrivacy policy